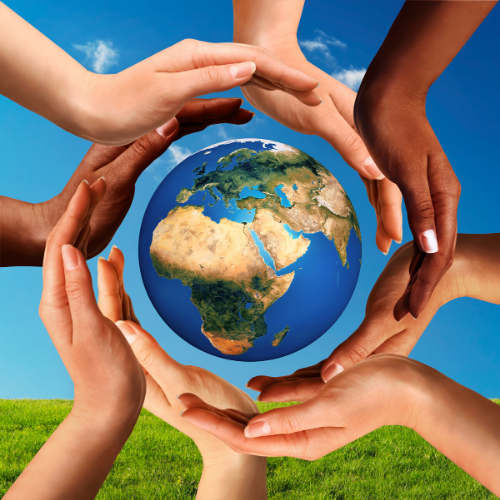 Among the many consequences of globalization, there is an increase in the number of interactions between people of different cultural and linguistic backgrounds. These interactions take place in contexts such as international business meetings, students participating in study abroad programs, friendships and relationships across borders, athletes going to play abroad, and many more.

Fortunately, these interactions are possible because people rely on a second language to communicate with those who do not share their first language. The majority of the world’s population speak at least two languages, with estimates ranging between 60% and 75%. While this is convenient, it results in situations of linguistic imbalance where one person speaks his first language and remains in his comfort zone, while the other must adapt by speaking a non-native language.

The focus of this article is precisely on this type of interaction where the interlocutors do not have the same level in the language of their interaction. In academia, it is called exolingual communication. Since these interactions are so common, we can wonder if there are ways to make them more fluid and improve communication.

For the person who is not speaking their native language, called an alloglot, a low level of confidence is a primary barrier to communication. It is why many people jokingly say that they speak foreign languages better after a few drinks. Just like alcohol, native speakers can help reassure the alloglots and boost their confidence during these interactions.

The goal is to take away the alloglot’s fear of speaking in his non-native language. Compliments on any linguistic aspect can go a long way in this matter, as can small interventions to confirm to the alloglots that what they are saying is understood. Besides compliments, native speakers can be reassuring by stating that they do not speak the alloglots’ native language and that even if the alloglots struggle, they are doing better than they would themselves. Native speakers can explicitly minimize the importance of mistakes in case the alloglots are afraid that mistakes will make them look foolish. Humor can also be used in certain contexts to lighten the mood and make language mistakes feel secondary. Finally, thanking the alloglot for making the effort of speaking in a language in which he is not comfortable would be an expression of politeness that could reassure them.

Codeswitching involves switching from one language to another or borrowing words from another language. In many education systems, we have learned that languages should be kept pure and that they should not be mixed. However, without such norms, bilingual communities have shown in informal contexts that codeswitching is a natural tendency. The development of Spanglish in Hispanic communities in the United States is a prime example.

What if we became more tolerant of codeswitching formal contexts ? This could allow alloglots to express themselves with more fluency and to avoid stuttering when they cannot find the right words. It would also become possible to borrow expressions and words with no equivalents or that lose meaning in translation, such as the words awkward, date, judgmental, cringy, or insight, all of which do properly translate into French. For their part, the native speakers could also use codeswitching to take a symbolic step towards alloglot.

Other techniques to use in conversation

The effectiveness of codeswitching mainly depends on the linguistic levels of each speaker and on which languages are combined given that some share transparent words and sentence structures. Other than codeswitching, speakers can make gestures and facial expressions, either while speaking to clarify what they mean or instead of speaking when they cannot find the words to express themselves. Repetitions and reformulations are important, as well as simplifications. Native speakers must get used to adjusting the complexity of their speech: the more the alloglot is struggling, the more it is necessary to simplify sentence structures and vocabulary. When the alloglot is searching for his words, the native speaker can also help him construct his sentences by proposing appropriate words or expressions, or by reformulating what he says.

It is useful for the alloglots who are speaking their second language (or third or more) to communicate their language level to their native interlocutors. While the accent is already a good indicator, more precision can better prepare them to properly simplify their language and to know the extent to which they can use codeswitching. Additionally, alloglots should not hold back when it comes to asking their interlocutor to repeat or rephrase words and phrases that they did not understand. This being said, the native speaker of the interaction will have more strategies to rely on to facilitate the smooth running of the interaction.

In football (soccer), it is often said that great players also make their teammates shine on the field. They can pick out good passes to put their teammates in optimal conditions. They adapt to others’ playing styles so they can play to their strengths. They use leadership skills to motivate and encourage their team. The idea of this article is similar: when two people are speaking a language that is native to only one of them, the native speaker can improve the non-native speaker’s communication thanks to certain strategies and behaviors that can be learned and practiced.

Did this article interest you ? Would you like to develop a language and intercultural coaching program ? Contact-us !